Simply put it is any home that is not what is considered NORMAL by main stream society. So it might be helpful to start from the other direction first and talk briefly about what normal homes are. Typically people live in rented apartments, town homes, or single family houses, or condos, or they buy a house, condo, or townhouse.

When we say a person “buys” a home, or “owns a home”  what we really mean is they are buying a home by making payments on a mortgage. Societal conditioning is responsible for what we think is normal and for our common conceptions of what modern home ownership is. So it is normal to have a relatively large home with relatively large expenses that is either being paid for by making payments on a mortgage or making rent payments to a landlord.

Unconventional housing is somewhat of a subjective term and will mean different things to different people. At its core it is a home that doesn’t fit into other categories of what most people consider to be normal. Unconventional homes may be very large or tiny and anything in between. Then we have to consider the method of home ownership too.

There are ways to accomplish that. Obviously you can choose to simply pay cash for your home instead of financing it if you have the cash to pay for it that is. At first glance that seems impossible – but for many people it is more possible than they realize. If the home that is being purchased or built is of a size, type and expense that will work to meet current necessities for a while at least, it will not cost much at all. This will be something that is much smaller and much different than what ever was previously being lived in.

I prefer the step by step method personally. Buy or build what ever you can actually afford right now, need right now and wan’t right now – taking your considerations in that order. It might be a tiny truck camper, van conversion, travel trailer, boat, tiny house on a trailer, converted bus, yurt, commercial truck sleeper, small house, or even a larger house. So long as you can pay for it in full when you get it.

Many people have at times in their lives more than enough money to do so without ever considering the possibility. Relatives pass away and leave money sometimes, and most people will receive such an inheritance at some point in their lives though it may be small or large in the amount. But what happens when it is received? Do we go buy a little home of some kind and pay cash for it? Not normally. Instead we go on a cruise, or we remodel the existing mortgaged house, or we buy a boat or camper – or at least put a down payment on such things, not to live on or in but rather as expensive toys to add to our existing collections of stuff along with the big expensive mortgaged house. Even though this money could be used to change lives forever it usually isn’t – most of the time it is just pissed away on meaningless stuff.

Others sell a home they have been in for some time and if they are fortunate enough to have some equity they use it to put a down payment on an even more expensive house with an even bigger mortgage! That is INSANE to me now – though I must say for much of my life I did the same thing. It was normal. Looking back I often wonder what the hell I was thinking.

But I know what I was thinking – I was following along with the plan as dictated by societal conditioning and trying my best to be as NORMAL as I could be. Thankfully I woke up from and no longer suffer from the mass delusion called normal – though millions upon millions of others still do. I view it as my life long mission to wake up as many other people as I possibly can, and then help those who want help find better ways to live than as indentured servants.

The type of unconventional homes that I am most interested in are the kind of homes that can provide immediate essential shelter while at the same time being affordable enough to own paid for in full without any loans or mortgages of any type – and that enables them to be vehicles to a better life with more freedom and more independence for their owners. I prefer to call them Little Human Habitats – but you can call them what ever you like so long as you get the idea.

This is not normal at all. It is abnormal, unconventional, unusual and just plain different from what main stream society does – and from what it wants you to do to. The system when followed normally along the never ending pursuit of there is never enough and bigger is always better leads to a life long struggle of indentured servitude – and I think that is a massive tragedy.

Fortunately though – there is a way out. There are several paths to more freedom and more independence and unconventional homes are one such way. Even then there are many different types and sizes of unconventional homes – surely among them you can find one that meets your current budget, needs and desires for now at least and use it to free yourself from the rat race. Combine that with extreme debt elimination and debt free living philosophy and you can dramatically change your life if you want to. 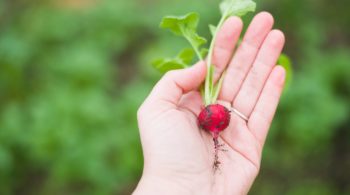 Episode 95 – Don’t Head Off to A New Trucking Job Broke!

Episode 95 – Don’t Head Off to A New Trucking Job Broke!