Standard mainstream advice is often to pay off the mortgage last, if at all, and instead invest as much hard earned money as possible in various types of things that are all in one way or another tied to the markets. That means that it can be lost – and often is. That advice for working people who are buried in debt and have a huge mortgage to boot is just plain dumb. One financial guru wrote an article actually advising people to rent long term instead of buying a home or keeping an existing home. The article said that renting is “cheaper” than owning a home. Really? That’s a complete load of crap.

Renting may be better for some people in the short term – but it is never the best idea long term. It’s just throwing money away. Not just a little money either, more like a quarter to half of many families total monthly income. That is insane. Not according to the author of the article though, which said it would be better to invest all available money in the market instead of using it to eliminate the mortgage early.

The reality is that people can and do lose money in the stock market. I don’t care what vehicle you use to put it in there, whether it is through an employers retirement scheme or individual basis. It can be easily lost. Don’t think so? Tell your broker or retirement plan administrator or financial planner (usually a salesperson really) that before you will invest a dollar that you want a written guarantee that you will not lose any of your money that you invest and see what they say.

People do lose money. This is particularly catastrophic for an older person nearing retirement age. There is less time and less ability to make enough money to recover from these loses and these folks are forced to work until they die, or become disabled and cant physically work any longer. If they cant work and have little to no retirement because it was lost then what?

To make matters even worse, if they followed the advice of main stream experts they still have a mortgage or worse, must pay rent for the roof over their heads. Now on diminished income (social security if it exists), and no more money coming in from from work. they cant cover their mortgage payment or rent any longer. So they lose their home in foreclosure or through eviction. At best they become a burden on family members who take them in. At worst they are homeless struggling to survive day to day.

The approach given by most financial gurus is one approach. It is certainly one that continues to be followed by millions. The trouble is that it very often leads to ruin. An alternative to consider is becoming debt free – including owning a home that is paid for – before dumping money into the stock market or any other speculative investment vehicle that involves great risk.

There are alternatives to having a mortgage of any kind to begin with. For those who have already bitten off on a mortgage and want to stay in the existing home then the objective should be to pay the mortgage off as quickly as possible. An approach which I think is a good one is to pay off all other debts beginning with credit card debts, then car loans and anything else. Once they are eliminated and an adequate emergency reserve fund is saved up, then at that point all available money should be put toward paying down the principal on the mortgage as fast as is realistically possible. Once you are totally debt free, and own a home that is paid for then other investment options become available with much less risk.

As always, its your life, your money, your risk and your responsibility. Just look at and consider other possible paths before blindly following the same old tired advice that is constantly regurgitated 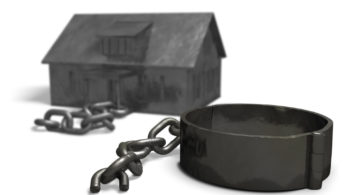