As part of my own quest and journey toward continuously building my own business empire, I am a member of several groups and communities in addition to several more that I founded, own, and run myself.

This gives me a chance to interact with lots of people, read their blogs and comments, questions, and basically get insights into the thoughts of thousands of people on a continuous basis.

This includes super successful people, as well as many others who have varying levels of success all the way to complete beginners who are just starting out, and everyone in between.

As with all things in this life – there are patterns.

When you look long enough and deep enough into what each one is then you begin to see some very powerful lessons at hand that can help us all if we learn and then apply what we learn to do better.

Here are just a few of the observations I have made, and some thoughts on each one too;

As you may know, I am heavily involved in trucking, and have been for years – and I intend to be for the rest of my life too. If this is your first time here this may be news to you, but anyone who has read any of my books, posts, articles or other content is already well aware of my connection to trucking and my love of trucking.

For many years I was a safety director, recruiter, and driver trainer.

One of the things I began to do early in my own trucking career (and continue doing to this day) is to study trucking crashes, accidents, and incidents. The idea is to learn from the mistakes of others and use that information to do the best we can NOT to repeat their actions or suffer similar fates.

These lessons can all be learned and applied.

They can also be taught to others once they are leaned, and in that way, many can benefit from that information and do far better as a result.

Another group that uses the same philosophy is the military (which is where I originally learned about this to begin with). The military does the very same thing in assessing events and applying Lessons Learned.

For many years I have had an interest in aviation, especially recreational and experimental aviation. Homebuilt, kit-built, ultralight aircraft along with paragliding – both free flight paragliding and powered paragliding – and hang gliding are all very interesting to me. I have even jumped out of a plane a couple of times and flown a paraglider a little, and have a few hours of flight training in an old Cessna.

There are also numerous crash and accident reports available – all of which can be studied and learned from.

By distilling down the information and looking at patterns you can anticipate the most likely things that can go wrong and learn how to avoid them all to the maximum extent possible by following better procedures. But you have to not only learn these things – you have to actually do the things you learn!

I once knew a guy who owned and ran a flight training school – a week or two after the last time I spoke with him he was dead. One of his instructors had come in and landed and went home. The owner decided he wanted to take a quick flight before it gt dark – so he hopped in the airplane without doing any preflight at all and took off! As soon as he got off the ground he realized to his horror the plane was on vapors and out of fuel – and he made his last and fatal mistake – he attempted to bank the little airplane at low altitude to turn back to the runway. That’s a major no no and a basic lesson any aviator knows – and again he was a FLIGHT SCHOOL OWNER! His mistakes cost him his life and the total destruction of his airplane…

What should he have done?

By the way – he is one of HUNDREDS of very similar examples of people who have paid for the same lessons with their lives, and tens of thousands who paid with damaged airplanes and other property damage and injuries.

How do you prefer to learn – the easy way or the hard way? Now, do you see what I mean by this principle?

The same principles can be applied in business.

Thankfully in business, we are not normally talking life and death literally.

But never the less – the same basic principles apply.

You can study and learn what DOES NOT WORK – so that you can avoid repeating the same mistakes so many others have already made. Likewise, there are certain other things that are replicable and that DO WORK and can be learned and applied almost immediately to dramatically reduce the amount of time and energy that goes into figuring such things out by trial and error alone.

That is a very powerful concept.

This is the key idea I want you to get from all this – learn from others what works and replicate that while also learning what results in failure and avoiding it. By doing so with intent and consistency you can do far better and do it all much faster. 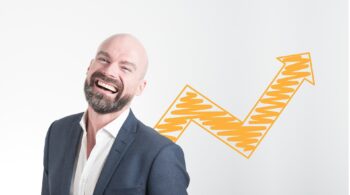 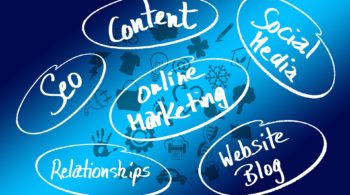 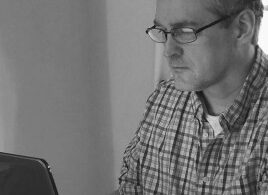