Far more people work for someone else than work for themselves. Why do you think that is?

I think most people like the feeling of security. They know if they show up for X number of hours they are going to get a paycheck come payday. With a business of their own, they have no such assurances. It is possible to work for weeks, even months and never be able to spend a dollar on yourself if you run your own business. In fact, you may have to be pumping even more money into it to keep it alive long enough to grow it to the point where it can finally begin to pay you.

As an employee – you don’t have that issue. You show up, you punch the clock and you get paid come payday.

So most people would consider that to be good.

Next on the list is structure. You have clear direction on what to do and when with most jobs. Show up at 8 am and start work. Do whatever tasks you are assigned to do. Attend meetings when scheduled. Go to lunch at the appointed time. Finally when quitting time comes around at 5 pm you punch out and go home. If you need guidance during the day – someone will surely give it to you. If you have questions you have other coworkers and usually a supervisor or boss or somebody there you can ask. The truth is many people are not cut out to work alone let alone work for themselves. They need other people and they need guidance – and otherwise will get absolutely nothing done and they will be stressed out beyond belief at the same time. So for them – structure is good.

Having access to benefits is another perk of being an employee – however benefits do vary widely from company to company, the fact is many companies offer at least some benefits. Usually, they have at least access to medical, though that is a challenge for smaller companies in particular. Larger companies usually have far better benefits. That may include vacation, sick days, retirement programs, profit sharing and other things.

Now for the bad.

Security is more of an illusion than a reality. The truth is that if you are an employee you can be terminated, laid off, or otherwise gotten rid up at any time. Companies go under and when they do the jobs they provide go away with them. Not to mention they can cut your hours and your pay, and eliminate benefits anytime they feel like they need to do so – or just want to – to save money or make more profit. But I guess in the meantime unless that happens – there is at least a paycheck coming in.

You will be told what to do and when to do it. Probably how to do it too. Some people deal with this better than others. Entrepreneurial minded people hate being told what to do, though they may tolerate it for awhile if the pay and benefits are enough to entice them – but they will never see structure as a benefit. Not most of them anyway. Even those employees who do like structure will more often than not find fault with their supervisor and or the company and feel like their own ideas of how and when to do things are better. They will find it very frustrating not to be able to act on their ideas most of the time, and others will take the credit and make the profit from them even if they do get the chance to do the work the way they want to.

The hard cold truth is that you are limited in so many ways when you are someone else’s employee. There is a distinct limit on how far you can go within the company and a cap on what you can earn as related.

Then there is the politics, the backstabbing and the bull shit that goes on in all companies with more than three employees and some with only two. No company with employees is immune and that kind of crap is a constant battle that most companies lose. A few manage to keep it in check and under control – with great effort on a consistent basis. Yet for everyone that has a grip on it, there are hundreds that are ate up with politics and nonsense on an epidemic level.

As an employee, you have very little independence or freedom to act on your own ideas and initiative. Even if you are good – and manage to do enough to start making progress you can bet there will be those who are less motivated above and beside you who will try to put as many stumbling blocks as possible in your way. They don’t want your ideas and efforts to catch on and get results – lest someone above them might actually expect them to start actually working and accomplishing something truly meaningful. Perish the thought…

So what’s the bottom line? Does all that mean that working as an employee is a bad idea and you should immediately run out and start your own company? Or does it mean that the risks and headaches and lack of structure and security in running your own business mean you should just deal with it and be a lifelong employee instead?

What it all means is that you have to decide what is right for yourself and then do that. For some people that will mean being an employee – with a good company ideally – for a working lifetime. Or I should say good companies – because for most people their longevity at any one company will range from a just a few months to a few years instead of the decades of the past. Most people will have multiple jobs during their working lives. So if that is you – make it count. Find a good company that does something you can get satisfaction and fulfilment from and then go do that.

Others will only be truly happy working for themselves – and if that is you – well then the good news for you is that this is a golden time in history to launch, grow and build your own microbusiness or small business. There has never before been a time like this – and probably never will be again. You have at your fingertips all the knowledge and information and opportunity in the world that you could ever need to learn about how to start, build and grow practically any business you can imagine – and some you won’t even believe exist – yet they do.

The playing field may not be truly level but it’s a hell of a lot less hilly than it has ever been before. 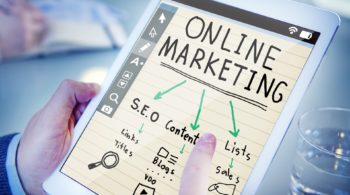 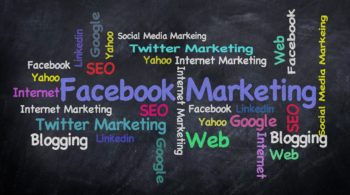