Is There a Problem With Normal Living?

Normal living for most people means going off to work day in and day out week in and week out, year after year to earn a living. Taking almost all of what they make to make ends meet – and for some the ends don’t meet and they fall further and further behind in spite of their efforts. Other people do a little better and are able to afford a few more luxuries in life – by financing them all of course.

The ski boat, motorcycles, RV – maybe even a vacation home on the lake or in the mountains. The weekends are great !

But come Monday morning, back to the grind. The mortgages and the loans on all this stuff have to be paid.

So many other people never have to worry about that second home or all the big shiny toys – they are far too busy trying to just keep the lights on and the roof over their heads and food on their tables and take care of their families. Its hard to do some times. For far too many its hard to do all the time. For them and many more like them – the only thing separating them from being out on the street literally is just a couple of paychecks.

What about you – how are you doing?

So long as nothing falls out of alignment too much – and if they can just hang on til the pay hits the bank account on the next payday – then all is OK and they live to do it all over again the following week. Of course there is a lot of stress at times. Maybe even some finger pointing and blame when something comes up unexpectedly and there is no money to take care of it. Maybe a car repair, or appliance that breaks down. It could be a medical bill not covered by insurance – if there is any insurance.

Other times it might be an opportunity to go on a vacation or a trip – but one that has to be passed on because there is no money. Spending money on that would mean the rent or mortgage payment couldn’t be paid, and or something else would have to give. Do that and its just a slippery slope to the homeless shelter or worse.

Some people would like to go find a better job – but they cant.

To do that would mean taking time off work to go look. Then the current employer may find out and the existing job goes away – that would give them plenty of time but no transition money. Not good.

So what do they do? They stay that’s what. They just keep plugging away getting a little more bitter year after year.

Why do you think get rich quick programs and all manner of sleazy  internet marketing programs do so well so often? They are not all sleazy or BS programs – some good ones exist, even a few really good ones that teach fair ways to make good money by providing products and or services that add value to their customers lives – more value ideally than they even pay for in some cases. But for every such product there are thousands of gimmicky crappy programs pushed hard too – because they still sell!

Some sell very very well too. This is because so many people are desperately searching for a better way to make a living and have a life in the process. A way to earn good money without giving up everything else in exchange for it. Some way to do meaningful work that is somehow both satisfying and that truly benefits other people – to make a difference in the world.

Some can’t see that far. They are just sick and tired of working their asses off and having nothing to show for it – except debt and stress and a bunch of junk bought on credit.

There is danger there too – even for those who don’t yet personally have a problem with living a normal life at all – in fact they embrace it and cant seem to understand the fascination with entrepreneurship, minimalism, unconventional housing  – and especially the tiny house thing… To them all such things are just silly – or maybe even stupid. Unrealistic childish ideas, nothing more – so far as they are concerned anyway.

In their lives everything is more or less good. Sure they are busting their tails working insane hours. The work isn’t their ideal – nor  any kind of calling at all – other than for the paycheck. That part is good and that is what they are there for int the first place.  So everything is more or less going along just fine. Big money – got it. Title – got it. Prestige – ability to impress friends, family, coworkers and damn near anyone else too – yep got all that.

But what happens as soon as there  is a little hiccup?

Say the company shuts down? Or their position is eliminated after a merger. Maybe they get sick or injured and can’t keep pace and or do the work at all anymore?  Divorce?

Stuff happens as they say.

Sure – most people can get another job – eventually. Sure they can find a job doing something at least if they try hard enough. The problem is that takes some time – meanwhile all the bills still have to be paid – don’t they? Even when the new job is found it may be at a lesser amount. Sometimes much less. Creditors and merchants don’t care. Your debt remains the same – except for the addition of the fees and interest they keep jacking into it!

Fail to replace that high paying income fast enough and start losing all that financed stuff. That will really get the ole stress pump going and make its meter go off the charts pretty fast too!

Imagine instead of being trapped under a mountain of debt and expenses – having no debt at all. Now imagine having minimal monthly expenses that are half of what ever they are now – but still having the exact same income. Imagine that. If you could have that could you finally get some traction in your life and make some real and noticeable progress finally?

How would your stress level be if you earned so much money and had so few expenses and no debts – so you could save half or more of your income each month? Would that be good? That might allow you to pursue other options easier. Or even if you stayed in your same line of work – even doing the same thing – you would have a whole new perspective, and look at everything completely different – because then you would be there only because you choose to be and want to be – knowing full well that you could easily leave anytime you like and would have plenty of time to find and start a  new job making more than enough. So no stress. No feeling of being trapped. No more wage slavery.

Then you work by choice – not compulsion. Then  you get ahead instead of just getting by. Got it?

That’s the general idea as I see it anyway. You may see it how ever you like – how do you see it by the way?

Are you really happy with your your job, income, finances overall – and your life just as everything is now?

There are options available if you want to change your life. If you don’t want to change then keep doing as you are and keep expecting the same old same old too. So long as that is what you want, more power to you and its all good.

But the moment you decide you have had enough and you want something different – you want a better life. A life of your own design – what ever that may be, then you can start figuring out how to go out in the real world and go get it.

All of life involves choices. You can go with the flow, be normal and keep on keeping on – or you can choose a new course and head off in a different direction entirely. That’s another choice too.

You have to figure out who you really are, what you really want – then get up off your ass and go get it if you want your life to ever change. Nobody is coming to serve you a new and better life on a platter. Serve yourself or go without.

So in the end whether normal is good, bad or something else – it all depends on what it is to you.

So what say you?

Happy as is – or do you want to shoot for a better life of your own?

Join me for a free webinar in July  and tell me all about your plans… sign up for email updates and or go to our webinar page if you are interested. 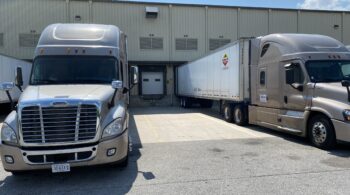