Terms and definitions are funny things. Humans like to sort things out and put everything in neat little boxes in our minds. We evaluate everything we encounter and try to match it up with just the right little box so we can sort and file it away to its proper place. Its proper place is based on and is defined by our previous experiences in life and ideas and beliefs we come up with as a result. But where do those beliefs really come from in the first place? Much of where it comes from is through life long societal conditioning. It begins with our family initially and soon after by others we encounter and are exposed to as we grow up. Constantly being bombarded by do this and don’t do that. This is good and that is bad.

Some of the conditioning is just like that pretty much where other parts of societal conditioning are not as direct. For example messages transmitted and received by peer pressure. As  a kid it means that what ever shoes, clothes and hairstyles the majority has is more likely than not what you want too if you are a kid.  Then as we become adults its houses, cars, jobs and overall lifestyle that most of us seek to emulate. The so called keeping up with the Joneses more or less.

We are conditioned from birth to be “normal” and that means to think act and behave just like the majority. To be one with the masses. So long as you do you get reassuring messages that what you are doing is the right things – but the moment you step out of bounds of what societal norms are  you begin to immediately get a different message entirely.

If you decide to stop paying rent or making mortgage payments most people will think you have lost it. Don’t believe me? Then try it out for yourself just for fun. Tell your family that you have decided to change things around and that within the next thirty days you will be living totally rent and mortgage free – that from that point on you will never pay rent or make a single mortgage payment ever again.  See what happens when you say that. Then take it a step further and tell some friends and maybe just anybody you happen to be having a conversation with.

They may think you have lost your mind, become ill, or are on drugs – and possibly all of the above. Some they may just think you are kidding.

I want you to know this and to know it right now – you can really do that and stop paying rent or making mortgage payments forever if you really want to. Will you though? That’s the real question. The way that you can do it is to temporarily become houseless by choice. Get rid of the thing that gobbles up huge portions of your monthly net income right now and redirect that money to improving your life instead of paying rent or mortgage payments forever like a rat on a wheel.

If you do though – you will be going against the very fabric of societal conditioning and you will encounter resistance from almost everywhere and everyone – society loves conformity and it likes you fully assimilated.

The idea is to choose to live in something that you can actually afford instead of something that is rented long term or that is bought using credit and its resultant debt – typically a mortgage. So what can you live in that can still be a home just not what is typically thought of as a normal house or normal home? So many things are available to you that it will boggle your mind – you just may not know it yet. Most of them will require a bit of effort to get your mind around to the point of understanding that you can actually do it.

Some examples include boats, RV’s, tiny houses, truck campers, converted storage sheds, converted vans, converted buses – just to name a few. Buy, build or have built what ever you can afford that will meet your immediate minimum needs for now and at least a few months and that you can afford to pay for in full right now. Then later when you have your finances more in order then you can move up to something a bit more to your liking if you wish. When you choose such a thing to live in or aboard it will become your new home. So you will be houseless but not homeless – but be forewarned other people will try to put what you are doing into there own little mind boxes and some will put you in their “homeless” box because they don’t have any other mind box that seems to fit what you will be doing.

You can change your life forever for the better if you are willing to move far outside your comfort zone and go against what society says is normal. In the end you get to decide. Continue to conform or revolt and choose a different path? You decide.

Can You Really Live In a Car Long Term? 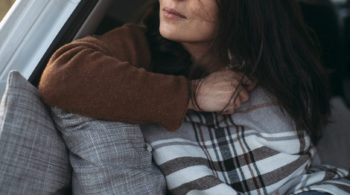 Can You Really Live In a Car Long Term?